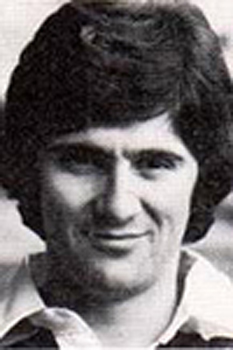 William Gareth Davies played club rugby for Cardiff for 12 years. He gained 21 Welsh caps, captain five times and winning a Triple Crown, represented Oxford in the 1977 Varsity match and toured South Africa with the British and Irish Lions in 1980. After an outstanding career it was no surprise that Gareth Davies was inducted into the Cardiff Rugby Hall of fame in 1999 and further details regarding his career can be found in this section of the club website.
An all-round sportsman he represented Wales Schools at cricket and played for Glamorgan 2nds. Other roles, outside of rugby, included BBC head of sport, Chief Executive of Cardiff Athletic Club and Cardiff RFC, Chairman of the Sports council of Wales, Assistant Director of CBI Wales and in 2014 he was appointed as the chairman of the WRU (replacing David Pickering).