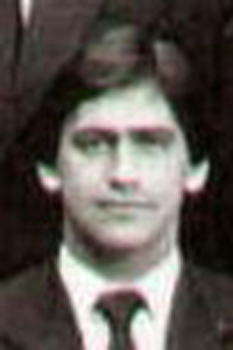 Centre Gareth Lloyd Evans played for Newport HSOB, Clifton, Cross Keys, and Newport before joining Cardiff in 1982 - 83 and playing six first team games, making his debut against Northampton Saints, before retiring from the game. He played for The Barbarians, Wales B, East Wales, Welsh Clubs XV and The French Presidents XV. Gareth won three Welsh caps, the first against France in 1977 as a replacement and then toured with Wales to Australia in 1978. The previous summer he was elected for the British Lions tour of New Zealand. Although at this time he only had one Welsh cap to his name he played in three of the four test matches (equalling the number of caps he won). After retiring from playing Gareth Evans went on to become coach of Newport in 1990 - 91.