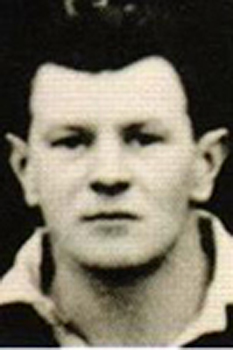 Les Williams was born in May 1922 in Mynydd-Y-Garreg. In 1947 he joined Cardiff from Llanelly and played 51 games for the club before going North to play rugby league for Hunslet in 1950. Before the change of codes he had played seven times for Wales and as a rugby League player he won 15 caps.
Les died in Falmouth, Cornwall in January 2006 aged 83.