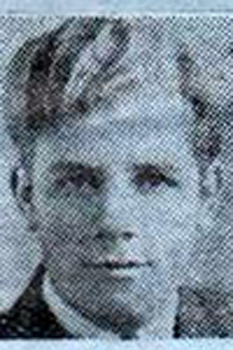 William Benjamin Cleaver played 141 games for Cardiff in the years immediately after WW2 (1945 – 1951). Although mainly an outside half he did play three games in the centre and one at full back when needed. Billy Cleaver represented Wales on 14 occasions, which included a Grand Slam in 1950. In that year he was selected to play in the British Lions tour of Australia and New Zealand and played 10 provincial matches and three test games against the All Blacks.
Born in Treorchy in 1921 Cleaver gained the nickname "Billy Kick" after playing one game against Scotland in heavy conditions.
A coal miner by trade he spent most of his life within the industry. Outside of rugby he was a keen patron of the Arts and was vice chairman of the Welsh Arts Council.
Billy Cleaver died in Cardiff in September 2003.