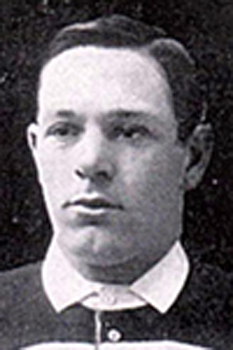 Richard Jenkin ‘Dickie’ David played School ruby for Albany Road school and later progressed to Cathays United (a low level club based in Cardiff) as well as playing county rugby for Glamorgan. He joined Cardiff in the 1903 - 04 season, playing at scrum half, where he formed a long half back relationship with Percy Bush, playing 112 games and scoring 7 tries. Dickie David faced two touring sides in his time with the club - in 1905 against the famous All Blacks and in 1906 South Africa.
David gained one Welsh cap, against Ireland in 1907 but the following December he switched to rugby league joining Wigan for one season.