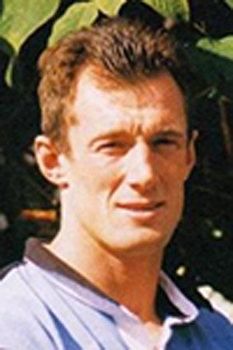 Robert Howley (known as Stan – a reference to his appearance being similar to that of Hollywood great Stan Laurel) was considered one Wales’ greatest ever scrum-halves and gained 59 caps for Wales, 22 of them as captain - he also gained one cap representing Wales "B". Other numerous honours include representation of Wales at U18, U20 and U21 levels: Wales Students and Wales "A" XV.
Howley began his domestic career at his home town club, Bridgend, before moving to Cardiff. He reverted back to Bridgend, and once more moved back to Cardiff before leaving for Wasps in 2002. However, a serious wrist injury forced him to cut his career short in 2004.
Howley was selected for the 1997 British Lions tour of South Africa, but he was injured. However, he did make the 2001 tour to Australia and played in two tests before being side-lined with a rib injury.
Following his retirement from playing Rob took on a coaching role at Cardiff Blues, replacing Geraint John in 2005, before becoming the attack coach for Wales working alongside Warren Gatland and Shaun Edwards.