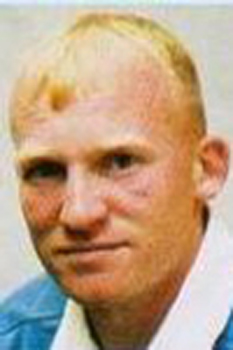 Neil Roger Jenkins played for Pontypridd and Cardiff and was one of the best goal-kickers of his generation. He gained 57 Welsh caps (and was the first Welsh player to score over 1,000 points) making his debut in 1991 against England. Jenkins also played in four test matches for the Lions, three against South Africa in 1997 and another in Australia in 2001. After his playing days, he went into coaching and joined the WRU as kicking skills coach, performing the same role for the Lions on several tours. In 2000 he was awarded the MBE for services to sport, on the day of the award having to rush back to Cardiff to play a match in the evening.