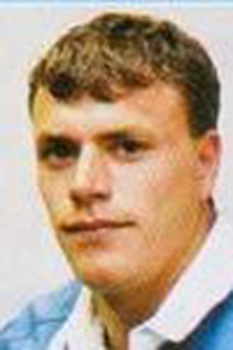 Quick and strong, with an enormous left boot, Craig Morgan was equally at home at full back or on the wing. One of his first competitive games for Cardiff was the Heineken Cup quarter-final against Bath in 1998, when he had a near length of the field try disallowed, and in his first two seasons with the Arms Park club he scored 26 tries in only 40 full games.
Not that everything has come up smelling of roses for the 5ft 11in tall, 14st flyer. He was put out on loan to First Division Abercynon for a while to help build up his playing experience in his early days at Cardiff.
He fared even better in the 1999/2000 season when he managed to score a try in every game he played. He ended the season as the club's leading try scorer with 14 in 10 outings.
The 23-year-old Pontypridd Youth product first pulled on the red shirt for Wales Youth. Craig represented Wales at "A",U21 level and gained 10 full caps making his full international debut against Ireland at Lansdowne Road on 3rd February 2002