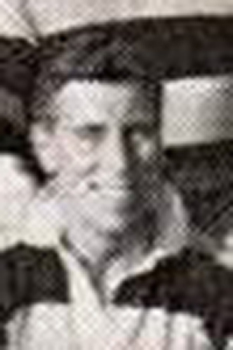 Haydn Morris (born 14th July 1928 in Mountain Ash) joined Cardiff from his home club Mountain Ash, playing on the left wing. Whilst playing for Cardiff, he scored 101 tries in 129 matches over six seasons between 1950 and 1956. In 1951 he made his debut for Wales (versus France at Stade Colombes) and won two more caps in 1955 against Ireland and France, scoring a try in both games, and was selected for the 1955 British Loins tour to South Africa, scoring nine tries in eight appearances.
He was a sports master and First team coach at Barry Boys Grammar School from 1952 until 1960.