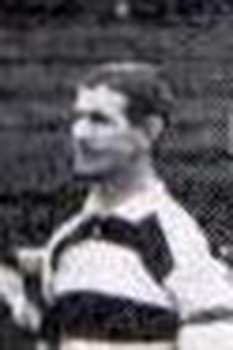 William "Billy" O' Neil was born in Cardiff in 1878 and was a Welsh international dual-code prop who played for Cardiff and Aberavon before turning professional with Warrington in 1908. Educated at St Peter's School in Roath, O'Neill played rugby for St Peters before joining Cardiff and was capped eleven times in union team (first against Scotland in 1904) and twice for Wales Rugby League team (after just two months as a league player).
He died in Cardiff in 1955 aged 76.

It should be noted that many records refer to Billy Neill (rather than O'Neill) it is the same player.