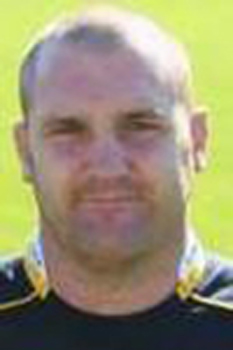 Timothy Adam North Payne was born in 1979 in Swindon. His playing career as a youngster at Painswick - the oldest village rugby club in England – before progressing to Coventry and Bristol, and joining Cardiff in 2002. After one season at the Arms Park, during which he made 27 appearances, he joined Wasps and in his first season was a member of the side that won the Heineken Cup. In 2004 he was called up to the England side, making his debut on the summer tour to Australia and in 2009 he was called into the Lions Tour party in South Africa – his only appearance being against the Emerging Springboks.