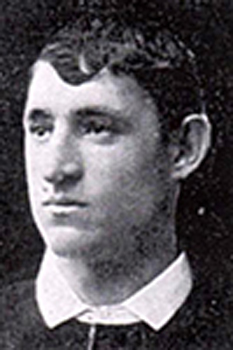 Joe Pugsley was born in Swansea but played for Cardiff side Grange Stars before joining Cardiff in 1905. In a six year stay at the Arms Park Pugsley played 162 games and scored 21 tries before leaving the club to join London Welsh. His first Welsh cap came in 1910 when he played against England, Scotland and Ireland and the following year he won a further four caps playing against England, Scotland, Ireland and France. At the end of the 1910 – 11 season he signed for Rugby League side Salford and won a Welsh Rugby League cap whilst with them.
Joseph Pugsley died in Cardiff at the age of 91 in June 1976.