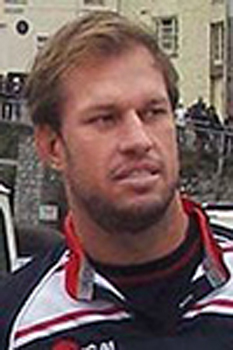 Heino Senekal was born in Tsumeb, Namibia and educated at Sentraal High School in Bloemfontein, South Africa. Senekal competed for the Namibia national rugby union team at the 1999 World Cup finals in 1999, 2003 and 2007 playing 10 matches in the competition. His Cardiff debut came in 2000 and he played 26 games for Cardiff during his 5 years at the Arms Park.