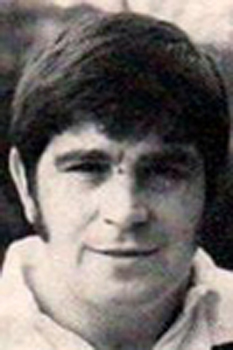 Robert William (Bobby) Windsor was born in Newport in 1946 and played 4 games for Cardiff in the 1970 - 71 - the first, ironically, against Pontypool, the side with which he became synonymous as part of the ‘Pontypool Front Row – the Viet Gwent’. A steel worker by trade, Windsor (known throughout rugby as The Duke) actually started his rugby career as a back, normally playing at Fullback or Fly Half but was convinced by coaches that his future lay in the middle of the front row.
His early career was at Brynglas and Cross Keys before joining Pontypool and forming a formidable front row with Charlie Faulkner and Graham Price, and the coaching of Ray Prosser. Windsor made his debut for Wales against Australia in 1973 at the age of 27, scoring a try, the first of 28 appearances in the red of Wales. In addition to his welsh success he also made two tours with the Lions - in 1974 to New Zealand and 1977 to South Africa, playing in six test matches.