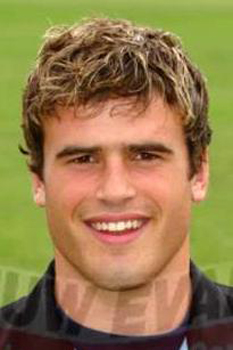 Born in Newport in 1986 Jamie Huw Roberts played 28 times for the Blue and Blacks between 2004 and 2007. He also played for Cardiff Blues (making his debut in 2007 against the Ospreys), Racing Metro 92 (Paris), Harlequins and Bath. A Welsh international, he made his debut against Scotland in 2008 and was selected for two tours with the British and Irish Lions playing in four tests (two v South Africa in 2009 and two v Australia in 2013). Jamie also represented the Barbarians and gained his Cambridge Blue when he played in the Varsity game v Oxford at Twickenham in December 2016.
Outside of rugby Jamie qualified as a doctor.