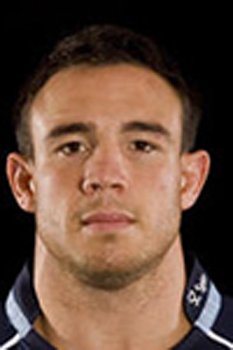 Tom Brown played for several clubs and joined Cardiff Blues for 2010 - 11 season from London Welsh, he went onto play for Newport Gwent Dragons for the 2011 - 12 season. Whilst with Cardiff Blues he made three appearances for the Blue and Blacks. Born in Doncaster, Tom was qualified for Wales and England through his parents. Tom represented Wales U21s in the Six Nations and was selected for the 2004 Junior World Cup. He also represented Wales in Rugby League at the European Nations Cup and also England Lionhearts.
Academically, Tom studied Sports Conditioning and Coaching at Hartbury College, Gloucester.