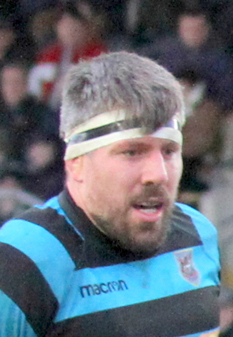 James Down first played rugby for Llantwit Fardre. In the summer of 2006 he trained with Cardiff and he made his debut in a pre-season match at Selkirk whilst still an Academy player with Cardiff Blues. He was a member of the Wales U19s squad that won the grand slam squad in 2006. James also figured in the subsequent U19 IRB World cup in Dubai. He has represented Wales at U18s, U19s and U20s levels as well as and regional rugby with Cardiff Blues and spent a season in the English Premiership with London Welsh.