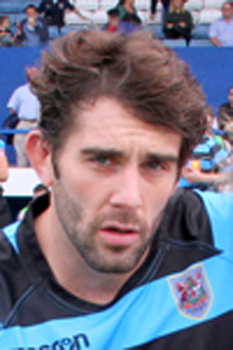 Joey Tomlinson started life with Cardiff Blues U16s as a flanker, but soon made the switch to the middle of the front row. After making his Cardiff debut in August 2014 against Coventry he went on to make 103 appearances for Cardiff, over half of them as captain, scoring 20 tries. His appearance total for the club was affected by a premature end to the 2017-8 season when he damaged knee ligaments in the game against Pontypridd in October 2017.
In 2019 Joey led Cardiff to the Runners-up position in the Welsh Premiership and to their first cup final since 2007 and their first win in the final since 1997. At the end of the 2018-19 season Joey announced that he was leaving the club to move to Canada.