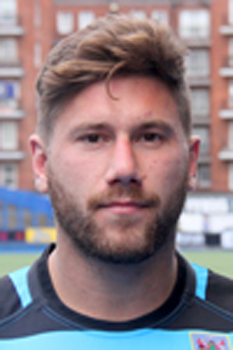 After coming through the Dragons Academy and also spending time with Bristol Academy (whilst at Filton College) Adam Jones played for a number of clubs in the Welsh Premiership, signing for Cardiff in 2017. His Blue and Black debut came against Bargoed in November 2017 and in two seasons at the Arms Park he played 28 games scoring 8 tries. Adam’s career was blighted by a number of serious injuries that cost him large quantities of playing time and possibly affecting his progress to a higher level.
At the end of the 2018-9 season Adam made the decision to leave the Arms Park, making the short journey east to Newport.