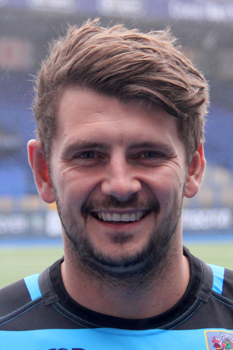 Steffan Jones was born in Bargoed and educated at Ysgol Gyfun Cwm Rhymni and Filton College, Bristol. He played two games for Cardiff in 2009 - 10 and also played for Penallta Youth, Bargoed, Bedwas, Cross Keys, Newport Gwent Dragons and Bedford Blues. In 2018 he returned to the Arms Park to play for Cardiff but after just one season at the Arms Park moved to play for his hometown club (Bargoed) in the Championship.