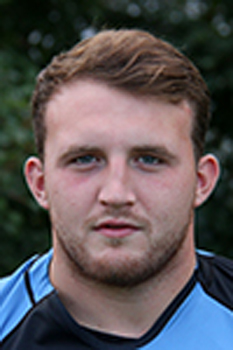 Academy prop forward Dillon Lewis made his Cardiff debut against Aberavon in September 2015. Swift progress to the Cardiff Blues squad followed and Dillon only made a further 8 appearances for Cardiff (3 in each of the 2015-6, 2016-7 1nd 2017-8 seasons). International progress came when he was called into the Welsh squad and his test debut came in 2017 when he was selected to play against Tonga.