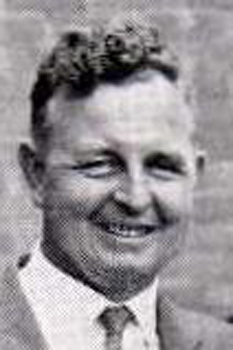 Gwyn Williams, was a product of the Taffs Well Williams family, - eight brothers that all played for Cardiff. A robust back-row forward he gained his senior cap in the 1935 - 6 season and played 103 games for the club. Whilst at Cardiff Gwyn had was a police officer, but in 1938 he turned professional with Wigan, for whom he played on the wing. Unfortunately, after just 38 games for the club and one international cap, war broke out and effectively ended Gwyn’s career when, during his military service, he was seriously wounded in action.