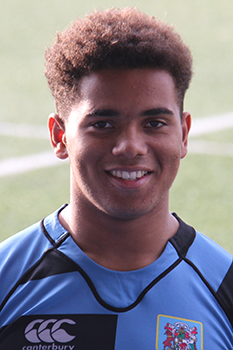 Ben Thomas progressed through the Cardiff Blues Academy system and represented the regional side at every level, earning Wales age group honours in the process. His first game for Cardiff RFC came as a replacement in a game at Cross Keys (April 2017) and the following season he made 10 appearances, mainly at outside half. A move to the centre came the following year where he developed a good partnership with another young Cardiff Blues product – Max Llewellyn.