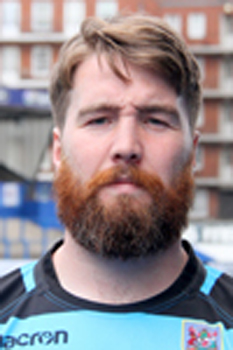 Back row forward Tom Daley joined Cardiff in October 2017, making his debut as a replacement against Newport. During the next 18 months he appeared 50 times for the Blue and Blacks scoring 10 tries. At the end of the 2018-19 season Tom made the decision to return to previous club Merthyr, but not before playing in a try scoring win in the National Cup Final, ironically against Merthyr.