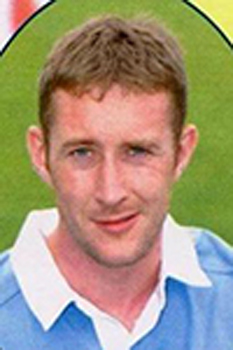 Richard Smith joined Cardiff in 2002, making his debut as a half time replacement against Bourgoin. He immediately proved to be an astute acquisition for the squad, playing 25 times to qualify for his club cap. In all he played 41 games for the Blue and Blacks from 2002 until 2005 scoring seven tries. Richard suffered a serious neck injury which ruled him out of most of 2003 - 04 season but he never complained and fought back. Richard gained his only international cap recognition when was on the bench for the game against France in February 2000 and he then led the Wales squad on a development tour to Canada in 2000.