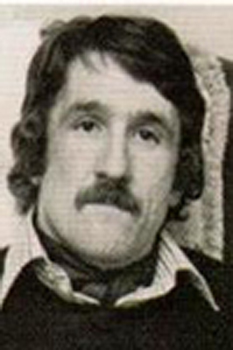 Thomas Gerald Reames Davies, born in Llansaint was educated at Loughborough College and Emmanuel College, Cambridge. He played rugby for both Loughborough College and Cambridge University as well as club rugby for Kidwelly, Llanelli, Cardiff and London Welsh. In the 1970s Gerald was elected Cardiff captain for three seasons. Probably his most famous game for Cardiff was against Pontypool in the 1977-8 Welsh Cup at Pontypool Park. At that time Pontypool had a formidable pack and on a muddy pitch they dominated proceedings, pinning the visitors deep in their own half for long periods. Somehow Cardiff managed to win the game 16-11 with Gerald scoring all of Cardiff’s points with four tries (a try in those days being worth 4 points). He represented Wales, The British and Irish Lions and the Barbarians. On the Lions Tours to New Zealand and South Africa Gerald played a crucial part in the tourists returning home victorious. After an outstanding career it was no surprise that Gerald Davies was inducted into the Cardiff Rugby Hall of fame in 1999 and further details regarding his career can be found in this section of the club website. After retiring as a player, he became a journalist with the BBC and the Times newspaper.
In 2002 he was awarded a CBE for his commitment to youth work. Gerald was tour manager of 2009 British and Irish Lions to South Africa.
He has been awarded Honorary Fellowships from the Universities of Lampeter, Aberystwyth and Cardiff.