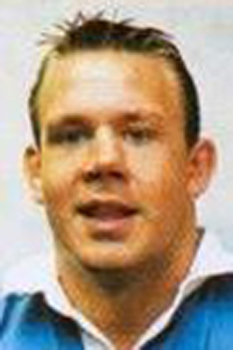 Spencer John became one of the mainstays of the Cardiff pack following his move from Llanelli who he had joined after playing for Neath Athletic, playing for the Scarlets against South Africa just ten days after his 2first birthday. He was included in the Welsh squad for the 1995 World Cup Finals although didn't play a game but
gained 18 Welsh caps, making his debut against Scotland in 1995, after representing Wales at U18, U19 and U21 levels.
On one occasion when playing for Cardiff he was yellow carded, but in the whole time that he was off the field there were no scrums.