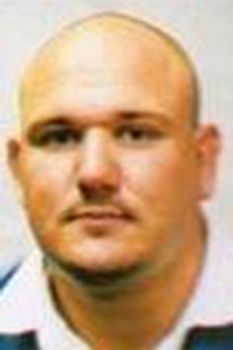 The son of the former Llanelli and Wales star Derek, Craig and brother Scott followed their father’s example and forged successful rugby careers. Younger brother Gavin was less fortunate and his career ended when he received a serious injury in a game. Craig played 54 games for Cardiff between November 1999 and May 2002 establishing himself as one of the backbones of the pack. Though often in the firing line from opposition forwards, he never took a backward step and was a firm favourite with the Cardiff faithful.
Inevitably he began his senior career with Llanelli but left the Scarlets to join Richmond where he remained for three years. In 1999 he joined Cardiff, for whom he played 54 times before leaving to join English club Saracens and for a short while Worcester.
In 2003 he returned to Cardiff and was one of the earliest recruits to the newly-established Cardiff Blues, playing for three seasons until injury forced his retirement in April 2006. The injury was sustained during the game against Glasgow Warriors when he damaged his neck and doctors told him that he risked being in a wheelchair if he played rugby again.  As a player Quinnell had a fearsome reputation with ball in hands, and was frequently being ‘talked to’ by the officials.
At the age of twenty-two Quinnell won his first international cap, as flank forward against Fiji in 1995, and he won thirty-two international caps in all. He was a member of the World Cup squad in 1999 and toured with Wales to Argentina and Japan and he was a key member of the team that recorded the famous 32-31 victory over England at Wembley in 1999.