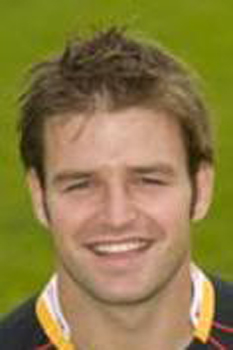 Tal Selley was born 1980 in Pembroke Dock and played at centre or wing for Llanelli Scarlets (where he spent five seasons), Ospreys, Newport Gwent Dragons and Cardiff Blues. In the 2007 – 8 season he played one game for Cardiff (against Ebbw Vale). Selley toured with Wales to Argentina, South Africa, USA and Canada and scored a try on his senior debut for Wales in 2005 against USA in Connecticut. He was a regular for Wales on the IRB Sevens circuit, played for Wales in the 2006 Melbourne Commonwealth games, played several games for the Barbarians and played for the Help for Heroes rugby team.