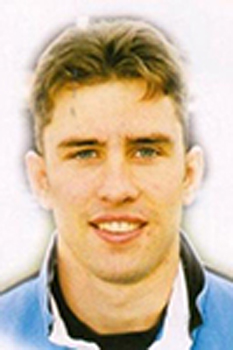 Born in Llansteffan and educated at Queen Elizabeth Grammar School, Carmarthen, Justin Thomas played for Wales Schools, Wales Students, Wales U19, Wales U21s, Wales 'A' and Wales. After making his Welsh debut against South Africa in Johannesburg in 1995 he won nine caps, his last test being in 1997 against the USA in Cardiff. His club career saw him play for Cardiff, Swansea, Newport, Caerphilly, Cross Keys and Llandovery, appearing 76 times for the Blue and Blacks.