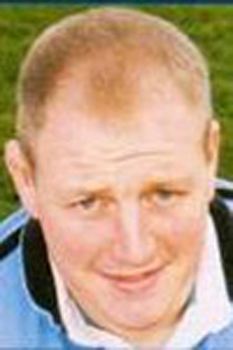 Swansea born Paul Young played for Llanelli, Ebbw Vale, Newport, Cardiff (playing 82 games between 1995 and 1999), and Newport Gwent Dragons.
On the international stage he played for Wales Youth, Wales U19, Wales U21, and won one Welsh cap as a replacement against Romania on August 27th 2003 at Wrexham. Paul also played for the Barbarians and wales Fire Service. In 2004 he took over as forwards player-coach at Newbridge but was forced to retire when he damaged his cruciate/medical ligament at Stradey Park, he was also Director of Rugby at Galwegians in Ireland.