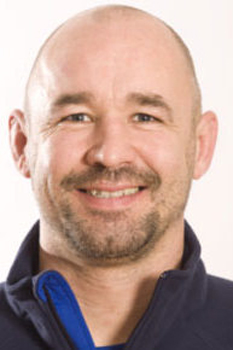 Robert Appleyard was an abrasive flanker known for hard tackling and his not taking a backwards step. In one game, whilst playing for Sale against Saracens, he received a cut on the head which required nine stitches.
Appleyard gained nine caps for Wales, making his debut in the victory over Canada in 1997, enjoying one Five Nations Championship. He also represented Wales "A" and the Barbarians, whilst domestically his teams included Swansea, Sale, Cardiff and Cardiff Blues.      In July 2007 Rob Appleyard was named assistant coach to the Wales U20 side alongside Wayne Jones. He was also a national skills coach, based within the Scarlets regional academy.