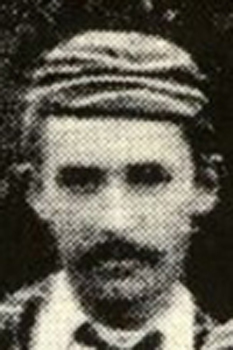 Born in Salford, Greater Manchester, Tom Barlow moved to Wales where he joined Cardiff. In 1884, Barlow was chosen to represent Wales, in a game against Ireland, as part of the Home Nations Championship.
Barlow found himself brought into the Welsh squad at full-back to replace Charles Lewis and was one of six new caps brought into the side after Wales had lost the opening two games of the Championship. The game was played at the Cardiff Arms Park, and the travelling Irish team turned up for the match two players short - accounts at the time reported that Welsh players Purdon and Jordan were drafted in to complete the Irish team. Under the captaincy of Joe Simpson, Wales won the game by a dropped goal and two tries to nil. Although this was a rare victory for the Welsh team at the time, Barlow was injured and lost his place in the next match when Wales rugby legend Arthur 'Monkey' Gould was given the full-back role.