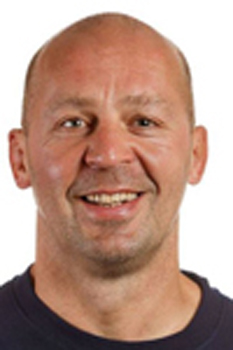 Anthony Mark Bennett played 114 games for Cardiff between 1990 and 1998, having previously played for Ystradgynlais, Swansea, Neath and Bristol.
He represented Wales at School, Student, U18, U21, Wales A and senior level winning three Welsh senior caps. His senior debut for Wales was against New Zealand in the 1995 Rugby World Cup game in Johannesburg. After he retired from playing he moved on to the Ospreys and Wales as a conditioning coach.