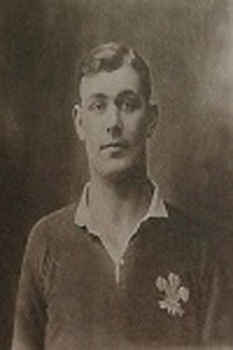 Jim Birch was an English born international prop who played for Northampton, Neath and Cardiff and was capped twice for Wales. His first game for Northampton was at the age of 16, before he moved to Wales and joined Neath. In 1912 he joined Cardiff, spending three seasons with the club, playing 175 games and scoring 10 tries. Birch was a police officer and so also played for the Glamorgan Police. On his retirement from the game, Jim returned to Northampton and served on the Northampton Rugby Club committee.
He died in Northampton in 1968 aged 78.