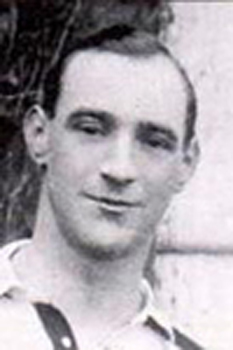 Charley Bryant played on the wing for Cardiff between 1910 and 1923. In all he played 80 matches, scoring 45 tries, but obviously would have made many more appearances had war not intervened.
Although born in Penarth, Charley was an Irish international, making his debut against England 1920. His only other international was in the same year against Scotland.