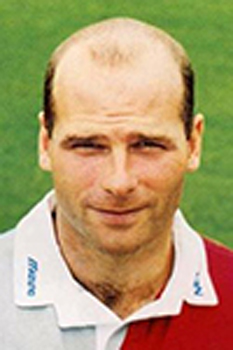 Paul Burke was born in Paddington but represented Ireland internationally. Burke played for a number of clubs including Cork Constitution, London Welsh, Munster, Bristol, Cardiff (playing 32 games and scoring 10 tries) and Harlequins. In 2006 he joined Leicester Tigers but was plagued by injuries and retired from the game. After retiring he become kicking coach at Leicester.