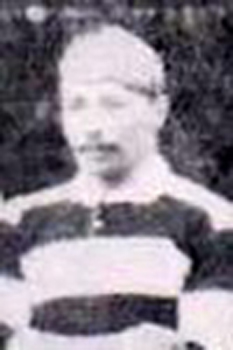 Born in Cardiff in 1870, William Cope played 47 times for Cardiff between 1891 and 1896 scoring one try. A second row forward, he had gained a ‘blue’ for Cambridge in the varsity match of 1891. On his return home he joined Cardiff whom he represented for five years. Cope also played for Blackheath and was invited to play for the Barbarians – playing seven times for the touring side, including two appearances against Cardiff. In 1896 William Cope was selected to play for Wales against Scotland, his only international appearance.
A Welsh Conservative Party politician, Cope was a Member of Parliament for Llandaff and Barry from 1918 to 1929 and in 1928 was knighted and also made a baronet. Sir William Cope, Bt was elevated to the peerage in July 1945 as Baron Cope of St Mellons.
Sir William Cope, Bart. K.C. J.P. D.L. died on 15th July 1946 aged 75.