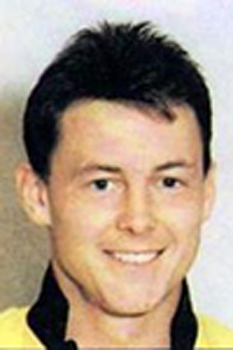 Adrian Davies played 105 games for Cardiff between 1991 and 1996. He started his rugby career at Neath in 1987 before joining Cardiff, making his debut in January 1992 against Pencoed in the Welsh Cup. After five years at the Arms Park he moved to Richmond and whilst playing for the London club he damaged his knee so badly that he was advised not to play again. On the international stage Adrian was captain of the Wales U18, U19s, U21s and Wales A teams and also gained 9 senior caps, playing in the 1991 and 1995 World Cup Finals.
Whilst a student at Cambridge University he gained four Blues in rugby (captaining the side in 1991) and one in football (having previously won a Wales Under 15s football cap).
When his playing days were over Adrian helped coach at Esher before becoming Director of Rugby at London Welsh.