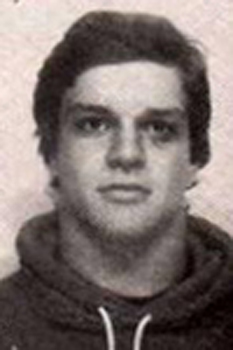 Geoffrey Huw Davies, born in Eastbourne in 1959, played for Cardiff from 1978 until 1980. An England international he gained 21 caps (20 starts and 1 sub) and made his debut against Scotland at Twickenham in 1981. Before joining Cardiff Huw had played for Coventry and Wasps and represented London and South East and The Barbarians. In 1979 he toured with Japan, Fiji and Tonga with England in 1979 to Japan, Fiji and Tonga (where no Caps were awarded) and was leading points scorer for tour with 60 points.