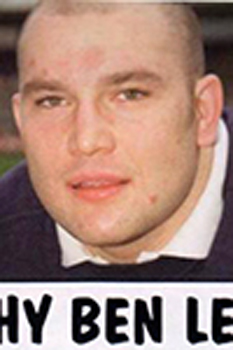 Ben Evans was a product of the Wales Junior System playing at all age levels. After three years at university he signed for Neath, before moving further west to play for Swansea. In a five-year spell at St Helens Ben played 134 games and was selected for the Welsh side (for whom he won 27 caps). At the end of the 2003 season, with the onset of regional rugby, Ben returned to his hometown club. After four seasons at the Arms Park (6 appearances for Cardiff and 56 for Cardiff Blues) Ben was on the move again and the next six years saw him play for Sale, Calvisano, Parma, Jersey and Moseley. After his retirement he took up coaching roles at Jersey and then in Australia with Parramatta.
In the Remembrance match against the Combined Services, at Aldershot in 2010, Ben captained the Barbarians.