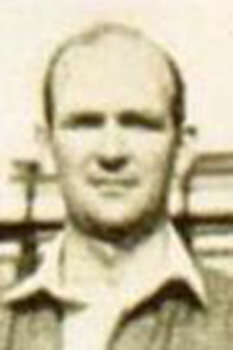 Gwynfor Evans, a back-row forward from Pontypridd played for Clydach Vale, Swansea and Cardiff (on 101 occasions between 1946 and 1950. A Policeman by trade he was stationed in Cardiff and also played for the Glamorgan Police, Welsh Police and The British Police. In the international arena he made 12 appearances for Wales, making his debut against England in 1947.