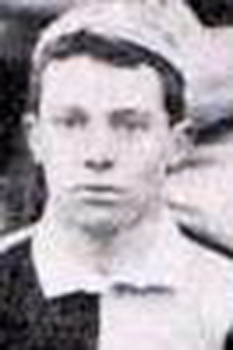 George Rosser Evans, born 1867 in Cwmbach, Aberare played as scrum half for Cardiff from 1887 until 1893 Educated at Llandovery College, Rosser faced the New Zealand Maoris, the first southern hemisphere rugby team, when they lost to the Blue and Blacks in 1988. During his time at Cardiff, he played 52 matches, scoring 16 tries. His one and only Welsh cap came against Scotland, at Raeburn Place, in the 1889 Home Nations Championship.