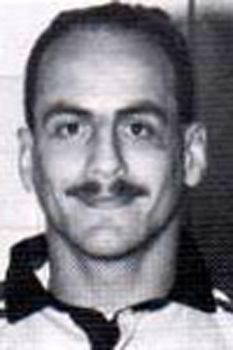 Stephen Paul "Steve" Ford was born in Cardiff in August 1965 and played as a schoolboy for Rumney High School. In 1983 he joined Rumney but a year later played two rugby league trial matches for Leeds. Although he never played for Leeds the Welsh Rugby Union deemed that attending the trials had been an act of professionalism and suspended Ford from playing rugby union. In April 1985 Ford's suspension was lifted and he was allowed to play union again, joining Cardiff. In 1990 he won his first international cap, facing Ireland in the 1990 Five Nations Championship. Ford was utilised on the wing, and scored a try on his debut. He was next selected for Wales on their 1990 summer tour of Namibia going on to gain eight Welsh caps. Steve Ford played 234 games for Cardiff, scoring 198 tries – breaking the previous record of 184 held by Bleddyn Williams.
Steve Ford was inducted into the Cardiff Rugby Hall of Fame in 2019.