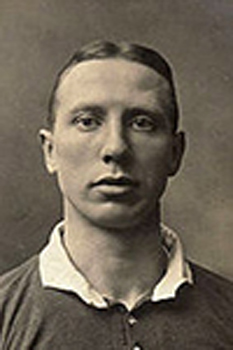 Reginald Arthur (Reggie) Gibbs was born in Cardiff and was educated at Queen's College, Taunton. A fine, try-scoring wing he played for Penarth and Cardiff during his career. Reggie was capped 16 times for Wales, winning his first cap against Scotland in 1906, scoring 17 tries. Whilst playing for Cardiff  he played 130 matches scoring 90 tries and once scored four tries in one match. When he represented the Barbarians against Moseley in 1910 - 11 scoring 30 points.
Reginald Arthur Gibbs died in Cardiff in November 1938, aged 56.