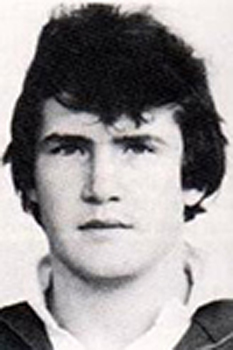 Adrian Hadley was a powerful wing who made his Cardiff debut in 1983. A favourite at the Arms Park, he had a knack of being on the end of many of the brilliant moves that Cardiff produced at the time. Hadley gained 27 caps for Wales, scoring 9 tries, after making his debut in the 24 -6 loss to Romania in 1983. In 1983 he also played in an uncapped game for Wales against Japan, in which he also scored a try. He also made several appearances for the Barbarians.
In 1988 he transferred to Rugby League and played for Salford, Widnes and also the Welsh Rugby League side. On his return to Union he was player coach at Sale Sharks from 1996 before being made director of rugby until he resigned in 2001.
Spent many years as director of fund-raising at St Anne's Hospice in South Wales.