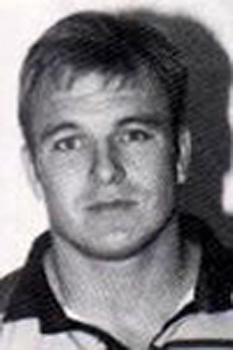 Bridgend born Michael Robert Hall played 197 games in the centre for Cardiff. Mike Hall gained his first cap for Wales in 1988 against New Zealand and his 42 caps included appearances in two world cups (1991 and 1995, when he was captain). His final cap was against Ireland in Johannesburg in the 1995 tournament. In 1989 he toured Australia with a British Lions side that included Cardiff team-mates Robert Norster and Dai Young. After graduating from Cambridge University he qualified as a Surveyor, in 1991, and in 1994 started his own company. In 2006 he was involved with the development of the Cardiff City Stadium.