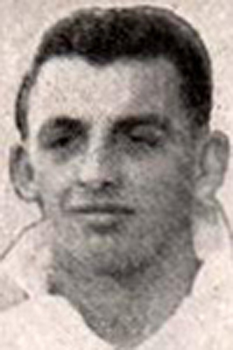 Daniel John Edward (Danny) Harris played 51 games for Cardiff between 1959 and 1961 scoring 7 tries, he also played for Bridgend, London Welsh and Pontypridd. He gained 8 Welsh caps, making his debut against Ireland in 1959 and before becoming a professional rugby league player in 1961 with Leigh. Whilst a student at St Lukes College, Exeter he played for Devon.