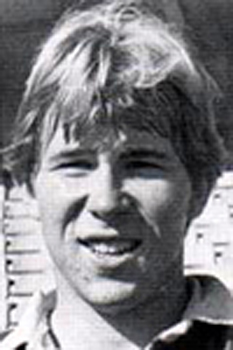 Kevin Hopkins was born in September 1961 in Cwmllynfell. A former UWIC, Ystradgynlais and Neath player he joined Cardiff (from Swansea) in 1984 – 85, playing eleven times, and returning to Swansea before the end of the season. In the 1988 - 9 season he again played a handful of games for the Blue and Blacks. He gained seven Welsh caps, making his debut against England in April 1985 and he also represented the Barbarians, Wales B, and Wales U19s. In 2004 he was appointed backs coach of Aberavon after taking a year out and also had spells at Swansea and Ebbw Vale before he was appointed director of rugby at the Ospreys in 2006.