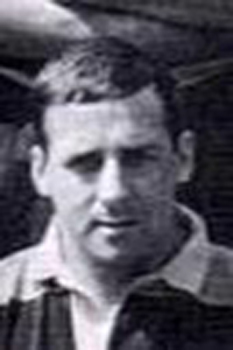 William Gwyn "Billy" Hullin played for Cardiff and London Welsh as well as representing the Barbarians and playing county rugby for Surrey and London Counties.
Born in Loughor he played rugby as a boy, representing his school and progressing to the Wales Secondary Schools team. Hullin joined Mumbles before switching to Aberavon and then spending a brief period with Swansea before joining Cardiff in 1963. In 1966/67 he was made vice captain of the senior side under Keith Rowlands captaincy.
Between 1963 and 1969 Hullin played 152 matches for Cardiff scoring 43 tries. Hullin was capped only once by Wales (against Scotland in 1967). A very successful Sevens player he played in the Snelling Sevens and the Middlesex Sevens on several occasions. A career move to London meant a change of club and Hullin joined London Welsh.